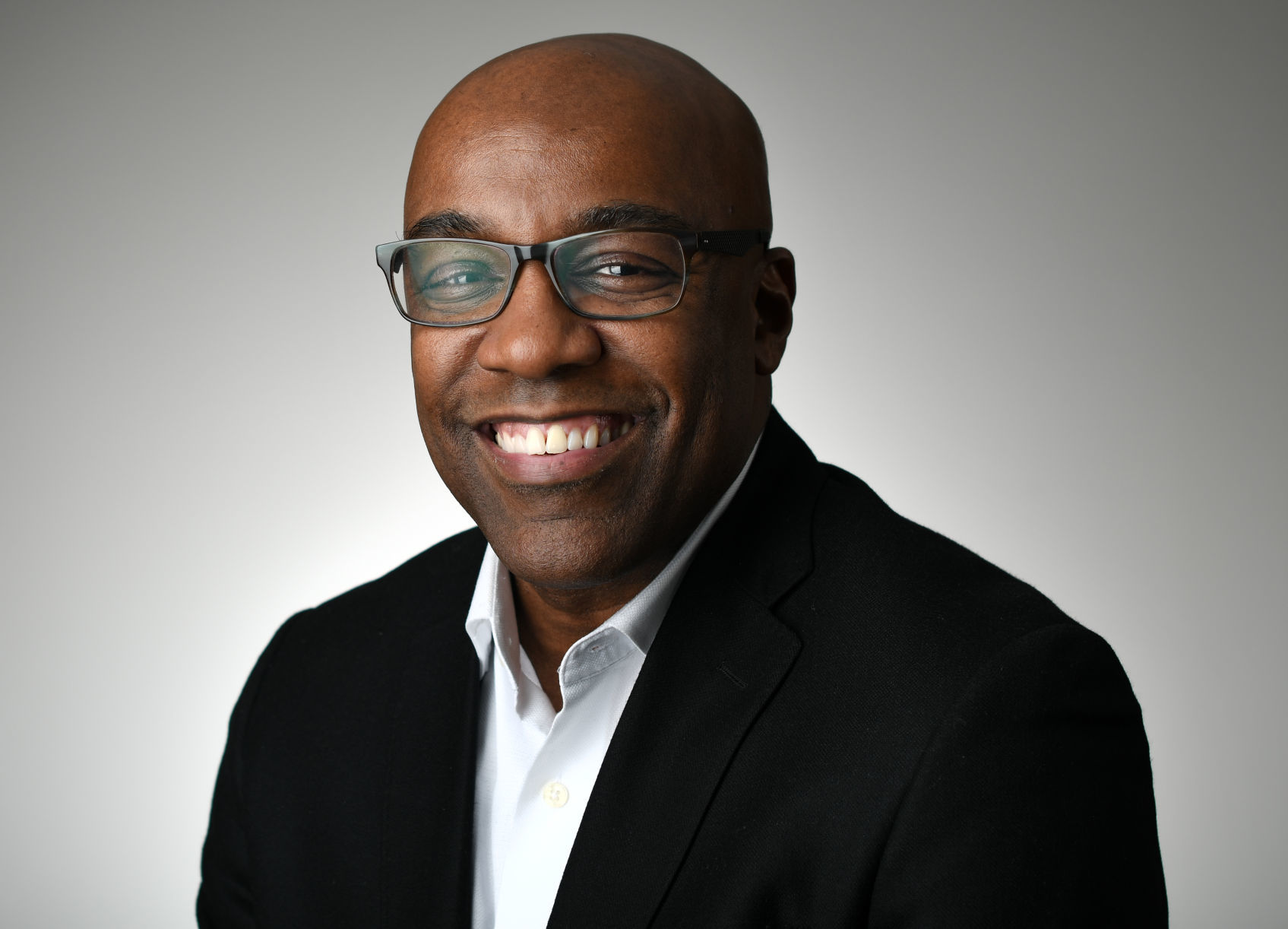 CHICAGO – Illinois Attorney General-elect Kwame Raoul announced the transition committee for his office today. The group will assist in transitioning the functions of the office from Attorney General Lisa Madigan to Raoul, who was elected to the office earlier this month.

“I am pleased to be working with this team of accomplished legal and policy professionals as I prepare to serve Illinois’ diverse communities as attorney general,” Raoul said. “As the transition proceeds, I will continue to engage perspectives from throughout the state, including through issue-specific working groups.”

Kimberly M. Foxx is the first African American woman to lead the Cook County State’s Attorney’s Office. She was elected in 2016 with a vision for transforming the office into a fairer, more forward-thinking agency. In her first year in office, Foxx undertook substantial reforms, such as revamping the Conviction Integrity Unit, leading bond reform efforts, and prioritizing resources away from low-level offenses. Prior to being elected state’s attorney, Foxx served as an Assistant State’s Attorney for 12 years and as a guardian ad litem advocating for children navigating the child welfare system. She also served as chief of staff for the Cook County Board President. Foxx is a graduate of Southern Illinois University, where she earned a B.A. in Political Science and a J.D. from the SIU School of Law.

Nancy Rotering was elected mayor of Highland Park in 2011 and re-elected in 2015. She began her career on the General Motors Treasurer’s staff. In 1990, she joined McDermott Will & Emery as a health law attorney. She shifted her focus to government work in 2008, joining the staff of state Representative Karen May. In 2015, she founded the Highland Park-Highwood Legal Aid Clinic. Rotering earned a Bachelor’s degree in economics from Stanford University, an MBA from Northwestern University and a law degree from the University of Chicago.

Bob Berlin serves as state’s attorney for DuPage County and president of the Illinois State’s Attorneys Association. A prosecutor for more than 30 years, Berlin worked for the Cook County and Kane County state’s attorneys before moving to the DuPage County State’s Attorney’s Office. Berlin held supervisory roles in the Juvenile, Felony Trial and Criminal divisions before becoming the county’s state’s attorney in 2010. Berlin has since been elected to the position twice as a Republican. He is well-known for his expertise in criminal justice reform and policy issues surrounding opioid abuse. Berlin received his J.D. from Washington University School of Law in St. Louis and his undergraduate degree from Dickinson College.

Andrea Zopp is president and CEO of World Business Chicago, leading a mission of inclusive economic growth, supporting businesses, and promoting Chicago as a leading global city. Most recently, she served as Deputy Mayor, Chief Neighborhood Development Officer for the City of Chicago. She also served in the United States Attorney’s Office and was the first woman and African American to serve as the First Assistant in the Cook County State’s Attorney’s Office. Zopp has held executive leadership positions at several Fortune 500 companies, including Sara Lee, Sears Holdings and Exelon, and she previously led the Chicago Urban League. She has served on the Chicago Board of Education and the Cook County Health and Hospital System Board. Zopp is a graduate of Harvard College and Law School.

Renato Mariotti, an experienced trial lawyer and former prosecutor, is a partner at Thompson Coburn, LLP, where he represents clients in high-stakes litigation. As a federal prosecutor, Mariotti was best known for leading the first-ever indictment and prosecution of a high-frequency trader under the anti-spoofing provision of the Dodd-Frank Act, a major case that signaled a sea change in the government’s ability to enforce securities regulations in the era of computer-aided trading. In addition to his legal work, he is a CNN Legal Analyst and an advocate for the rule of law and for protecting electoral systems from attack. Mariotti is a graduate of Yale Law School and the University of Chicago.

Brendan Kelly has served as state’s attorney for St. Clair County for eight years, focusing on violent crime and public integrity. A graduate of Notre Dame and Saint Louis University of Law, Kelly served in the Middle East in the U.S. Navy, conducting research on joint Israeli-Palestinian police patrols. He served as President of the Illinois State’s Attorneys Association and on the Illinois Juvenile Justice Commission, the Illinois Criminal Justice and Sentencing Reform Commission, and the Attorney General’s Sexual Assault Task Force Law Enforcement Working Group. As state’s attorney, he has been a strong supporter of innovative law enforcement work on opioids and juvenile justice, reducing violent crime by 41% during his tenure.

Kathryn Bocanegra, AM, LCSW, ABD is a National Institute of Justice Graduate Research Fellow and doctoral candidate at the University of Chicago examining the intersection of communities and criminal justice interventions and how to develop localized strategies to enhance public safety and heal from traumatic exposure. Bocanegra has directed community violence prevention programming such as street intervention, school-based mentoring and trauma-informed family interventions. She has over 10 years of experience running support groups for families of homicide victims and trains community groups on working with crime survivors. Bocanegra is a member of the Illinois Sentencing Policy Advisory Council and served on the Illinois Governor’s Commission on Criminal Justice and Sentencing Reform.

Zachary Fardon, a former federal prosecutor, is Managing Partner and Head of Litigation at King & Spalding LLP, and a partner in the firm’s Special Matters and Government Investigations practice. As United States Attorney in Chicago, Fardon oversaw successful investigations and prosecutions in the areas of financial crime, corporate misconduct, fraud, public corruption, gangs and terrorism. His 25-year career in the private and public sectors has focused on high-stakes litigation of criminal and civil matters. Fardon earned law and undergraduate degrees from Vanderbilt University.

Alan King is a partner in Drinker, Biddle & Reath LLP, representing clients in the areas of employment litigation and counseling. He is vice chair of the firm’s Labor and Employment Group. He has extensive experience on behalf of private and public employers in individual and class-action cases in federal and state court, and he has participated in more than 100 mediations and settlement conferences. King was named one of 40 Illinois Attorneys Under 40 to Watch by the Law Bulletin Publishing Company in 2003. He has served on the boards of many civic and professional organizations, including the Children First Fund, the Ounce of Prevention Fund, the Chicago Chapter of the Federal Bar Association and the Chicago Committee on Minorities in Large Law Firms. King earned his J.D. from the University of Illinois and his B.A. from Augustana College.

Kathryn Saltmarsh is the Executive Director of the Sentencing Policy Advisory Council (SPAC), an independent commission tasked with providing system-wide fiscal impact analysis for sentencing policy as well as facilitating the use of research and analysis to support implementation of evidence-based practices. Attorney General-Elect Raoul has served as Vice-Chair of SPAC since its inception in 2009. Saltmarsh previously served as Legislative Affairs Bureau Chief for the Office of the Illinois Attorney General and an assistant defender with the Supreme Court Unit of the Office of the State Appellate Defender. Kathy currently serves on the Budgeting for Results Commission, the Criminal Justice Information Authority Board, and the Board for the Center for State Policy & Leadership at the University of Illinois Springfield.

Kim Janas has worked in a variety of positions in state government, including as Secretary of the Illinois Workers’ Compensation Commission. Formerly, she was an Associate Counsel at the Office of Illinois Senate President John J. Cullerton, where she advised the Senate Judiciary and Insurance Committees. Janas was also an Assistant Attorney General in the General Law Bureau under Attorney General Madigan and a Staff Attorney at the Legislative Reference Bureau. Most recently, Janas was the General Counsel for the Illinois State Medical Society and ISMIE Mutual Insurance Company. She is a graduate of the University of Illinois College of Law and the University of Illinois Urbana-Champaign.

Adam Braun is Of Counsel at Greenberg Traurig LLP, where he has been a member of the Government Law & Policy group since 2012. At Greenberg Traurig he has represented clients before State agencies and the General Assembly. Previously, he served as Deputy Legislative Director and Legislative Counsel to Governor Pat Quinn. Earlier in his career, he worked as Staff Attorney in the Office of the Illinois State Treasurer. Braun chaired the Illinois Holocaust and Genocide Commission from 2011-2014 and was appointed to chair the State Workers Compensation Advisory Board in 2011. He earned his J.D. from Loyola University Chicago School of Law and undergraduate degrees from Columbia University and Jewish Theological Seminary.

Katharine P. Eastvold served as press secretary to Raoul’s campaign for attorney general. Previously, she worked at the Illinois General Assembly in the Office of the Senate President. She has also been a senior account executive at Frontline, an association management firm, serving as the Illinois HomeCare & Hospice Council’s Director of Regulatory and Government Affairs. Eastvold is a graduate of Princeton University and currently attends Loyola University Chicago School of Law.